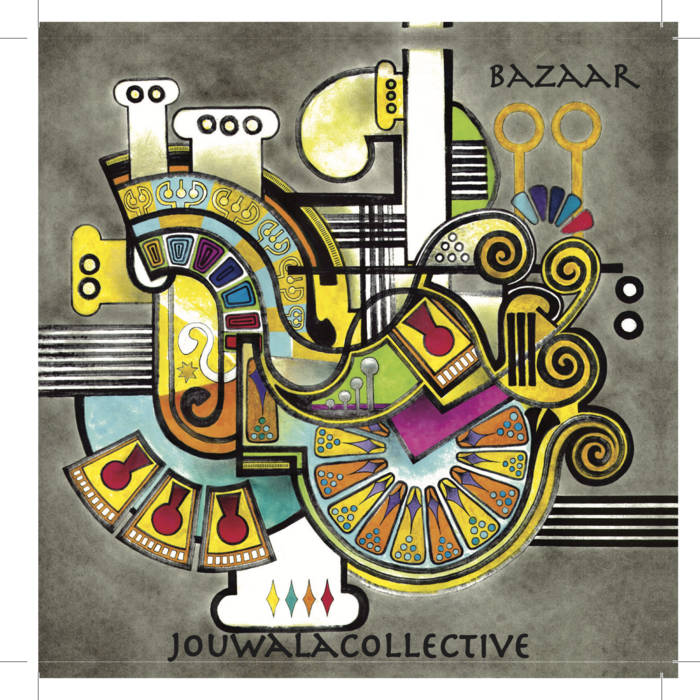 Now on the road for several years, and notable appearances with The Wailers, Turkuaz, Pimps of Joy time, Dopapod, Toubab Krewe, and Tauk to name a few, Jouwalla Collective has become a symbol for joy through the exploration of music and ethnicity. A youthful energy mixed with an almost ethereal touch that moves the mind as much as the body. From a standing ovation in the Moroccan Embassy in Washington, DC to raging crowds at New Orleans Jazz fest “JoCo” is a must-see-to-believe experience which would explain the surge in its growing fan base. With their upcoming album debut, Bazaar the band has decided to make a very ambitious statement with their music and prepares to go on the road to share it.

The album Bazaar, like their music, is a collection of ideas and cultures come together in celebration. Each song itself is a story steeped in tradition. From Africa Manayo, a lonely man's journey to seek guidance from deceased ancestors, Lala Aicha, a woman scorned seeking vengeance, or even Santana influenced, You Can Have it All, these individual experiences converge into a unique and body moving reverberation. Traditional Gnawa relies on chants over tribal percussion, and The Jouwala Collective adheres to the traditional sense of this music, to produce a sound like no other. Mixed by 5x Grammy® Award recipient Neal Cappellino (Alison Krauss, Willie Nelson, The Del McCoury Band, Joan Osborne among others) Bazaar is an extremely ambitious project built out of sharing universal themes through multiple cultures with positivity and peace.

Bandcamp Daily  your guide to the world of Bandcamp